Eisenhower Matrix: Here’s Everything You Need To Know…

The Eisenhower Matrix is the productivity framework created by arguably one of the most productive humans ever to have stepped foot on this planet - Dwight Eisenhower.

Dwight’s legendary list of accolades include serving two terms as President of the United States, launching NASA, Supreme Commander of NATO and even operating as a Commander in World War II.

The guy was a productivity machine!

The Eisenhower Method is simple, but it’s damn effective.

So let’s do as Dwight would do - let's not waste any time and let’s get stuck in.

What is the Eisenhower Matrix?

The Eisenhower Matrix is a task management system consisting of four quadrants that organise tasks into categories depending on their level of urgency and importance:

The four quadrants of the Eisenhower Matrix

*You can download the Eisenhower Matrix Template PDF here.

How to use the Eisenhower Matrix

To use the Eisenhower Matrix effectively you need organise your tasks into each of their corresponding quadrants.

- Exercising each day: This would go in quadrant two as it's important to your overall health, but not urgent.

- Responding to emails: There's often an urgency to reply to emails, however they're rarely tasks that help you achieve your goals.  For that reason they should live in quadrant three.

- Filing a tax return on time: This is both urgent, and important.  So this would live in quadrant one.

Let me break that down and elaborate on that a little:

Step 1 - Get your to do list out of your head and onto a piece of paper.

Step 2 - Organise your tasks by placing them into the Eisenhower Matrix in order of urgency and importance.

In it's simplest form this is all there is to it, but as you'll see in a second, there's a few extra things you can do to really get the most out of it.

The Eisenhower Matrix can be a very effective tool for time management, but probably not in a way you'd expect.

The Eisenhower method works in a very different way to a traditional to do list.

Because a big part of the Eisenhower technique is about either delegating, automating, or deleting tasks all together.  In fact quadrants three and four (which makes up half of the Matrix) are dedicated to the removal of these tasks from your workload - forever.

There's no productivity hack more effective than not doing the task at all, right?

With that being said, lets look into how to use quadrants three and four. 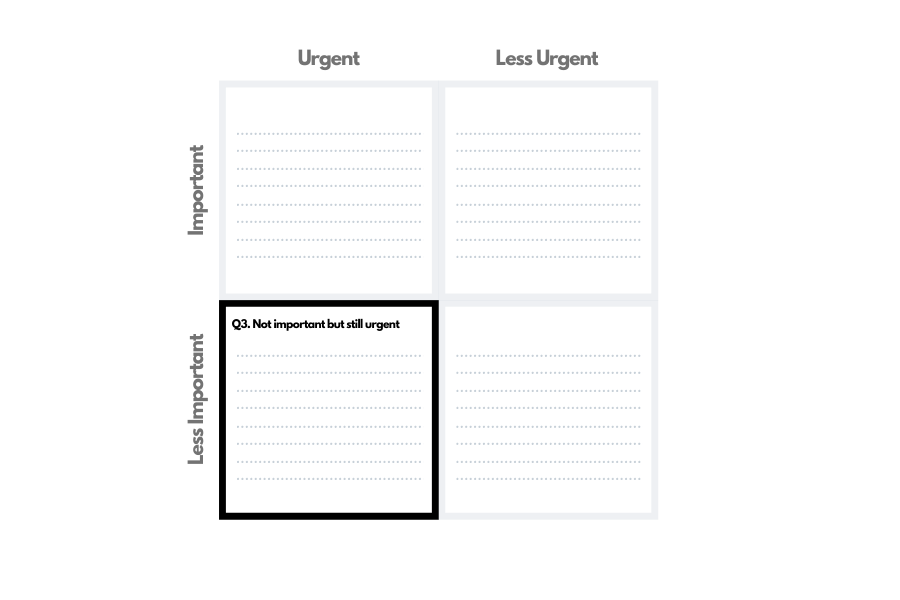 Quadrant three is the home to tasks that aren't really aligned with your values, or helping you achieve your goals, yet still have a level of urgency attached to them.

These are some great examples of tasks that can be either delegated or automated away, leaving you more time to focus on quadrant two tasks that are aligned with your values, and help you to accomplish your goals.

Paying a council tax bill - This can be automated away.  Rather than manually logging into your bank each month to pay, instead set up a direct debit/recurring payment.

Replying to Emails - Hire a personal assistant to do this for you.  There's plenty of services like this available on sites freelance hiring platforms like Upwork.

Shopping for groceries - Why not try ordering online.

These are just a few of examples, but you get the picture.

Over time, as more and more of your tasks are automated away, you'll have more time to focus on what's important to you. 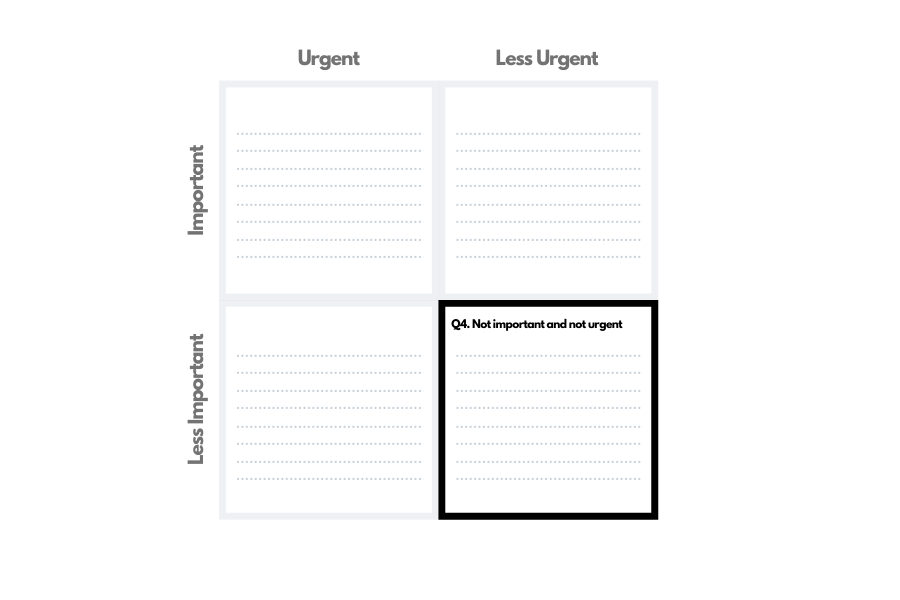 As you've probably guessed already, quadrant four tasks are set for the chopping board.  These tasks you want to consciously delete from your life.

Here are a few examples to give you an idea:

It's these types of tasks that you should endeavour to delete wherever possible.  The more you delete, the more free time you'll have to focus on what's important to you.

To give you a better idea, let me show you an example. 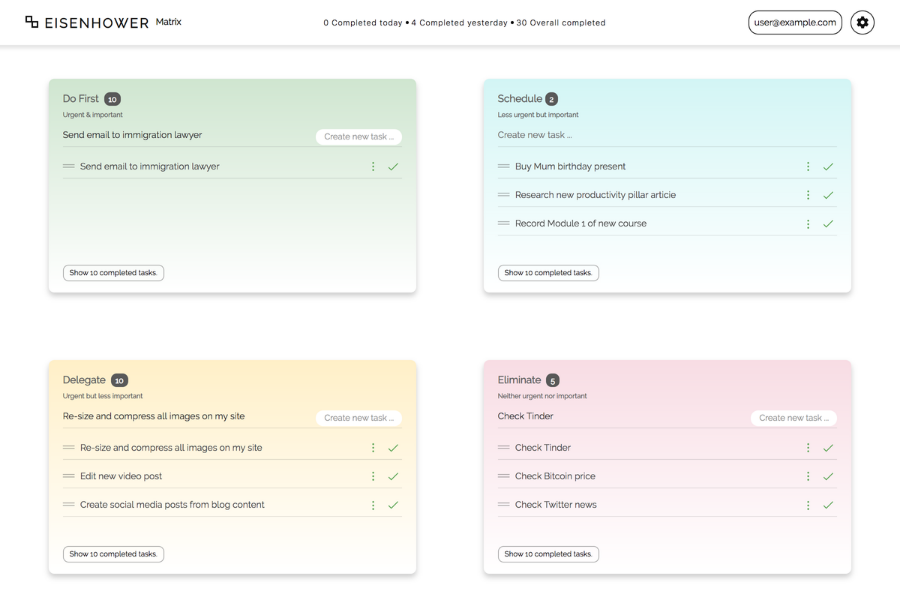 As you can see from my example there are a number of tasks that I can either remove altogether, or delegate away.

- Edit new video: I'm pretty average and slow when it comes to video editing.  For a minimal investment I can employ someone to do this for me.

- Social media posts: I hate social media in general, but it's still an important part of my business.  I'll outsource this work to a freelancer on Upwork.

- Checking Bitcoin price and Twitter: I know these things don't add any real value to my life and ultimately are a massive distraction.  I'll be working towards deleting these actions altogether.

- Tinder: I'm a little confused whether to put this in quadrant one, or quadrant four

The Eisenhower Matrix is simple, but damn effective.

In fact I think it's its simplicity that is it's biggest feature.

But don't expect miracles overnight, instead use this productivity system a new way of working altogether.

Over time, as you focus more and more of your time and energy on the tasks that truly align with your values and goals, you'll begin to see massive shifts in the quantity of the work you're able to accomplish, and the quality of your life.

P.S. Don't forget to check out the new Eisenhower app here.  You're going to love it. 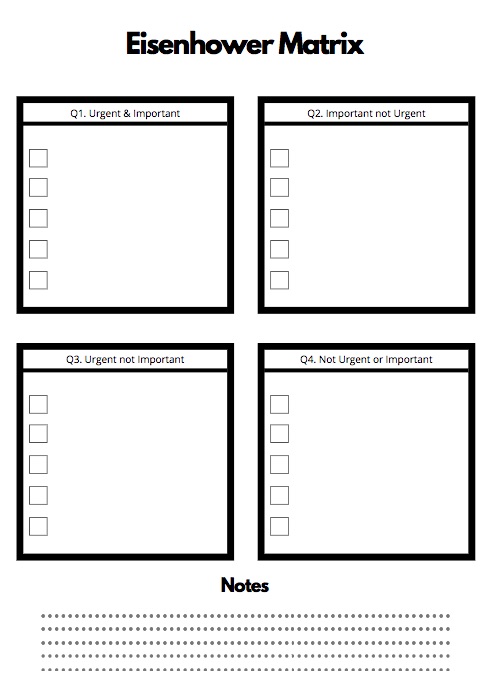 Before you go, If you want something you can print off and start using now, download the Eisenhower Matrix Template PDF here >>

Join the Other Freedom Seeking Lifestyle Junkies & Get On The Newsletter. NOW! 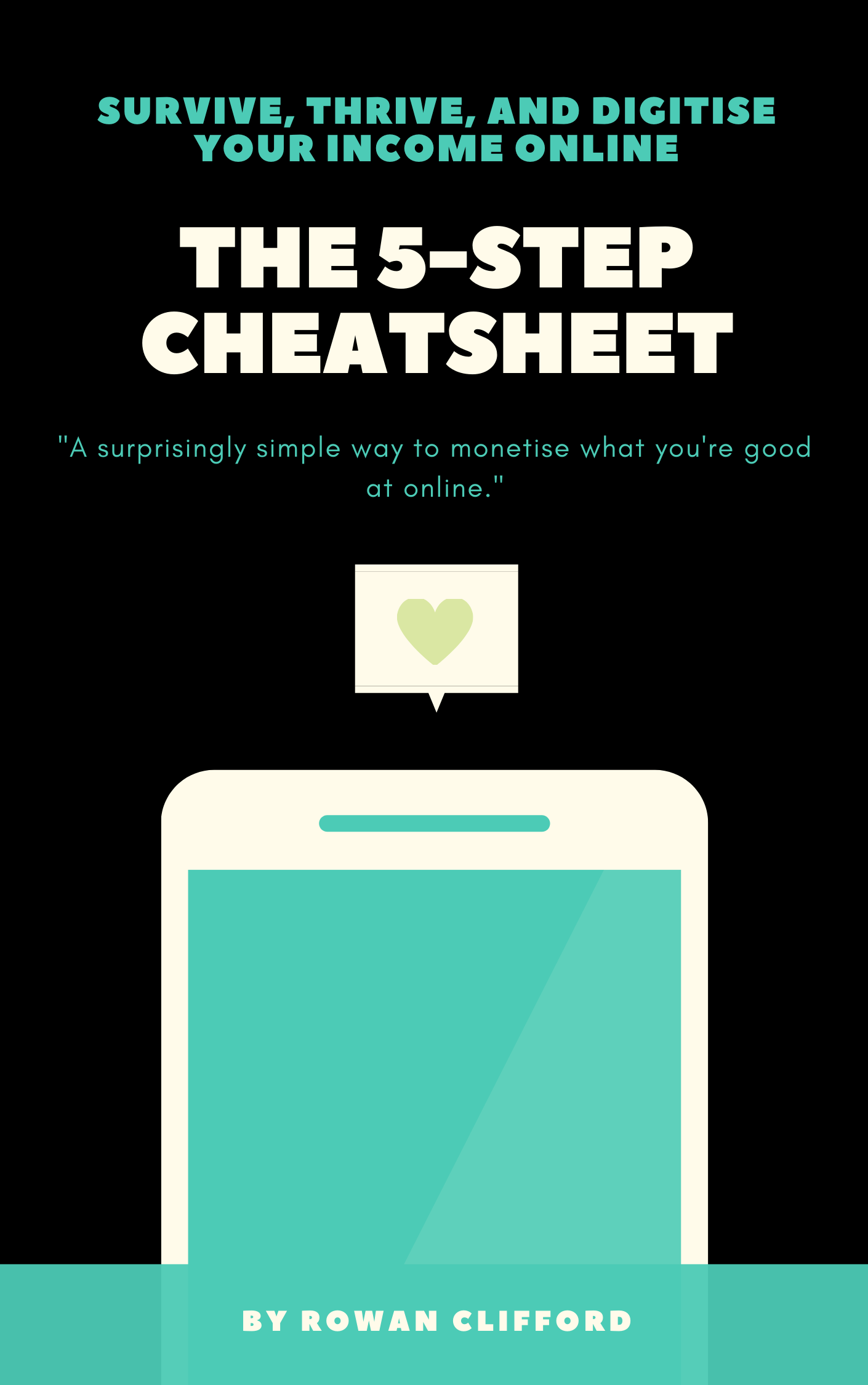 MY 5-STEP CHEATSHEET FOR SIMPLIFYING THE PROCESS OF BUILDING A BUSINESS ONLINE.

LEARN THIS SURPRISINGLY SIMPLE 5-STEP SYSTEM AND START MONETISING WHAT YOU'RE GOOD AT ONLINE.

DOWNLOAD THE SIMPLE CHEATSHEET ABSOLUTELY FREE, ALONG WITH REGULAR TIPS DELIVERED DIRECTLY TO YOUR INBOX.